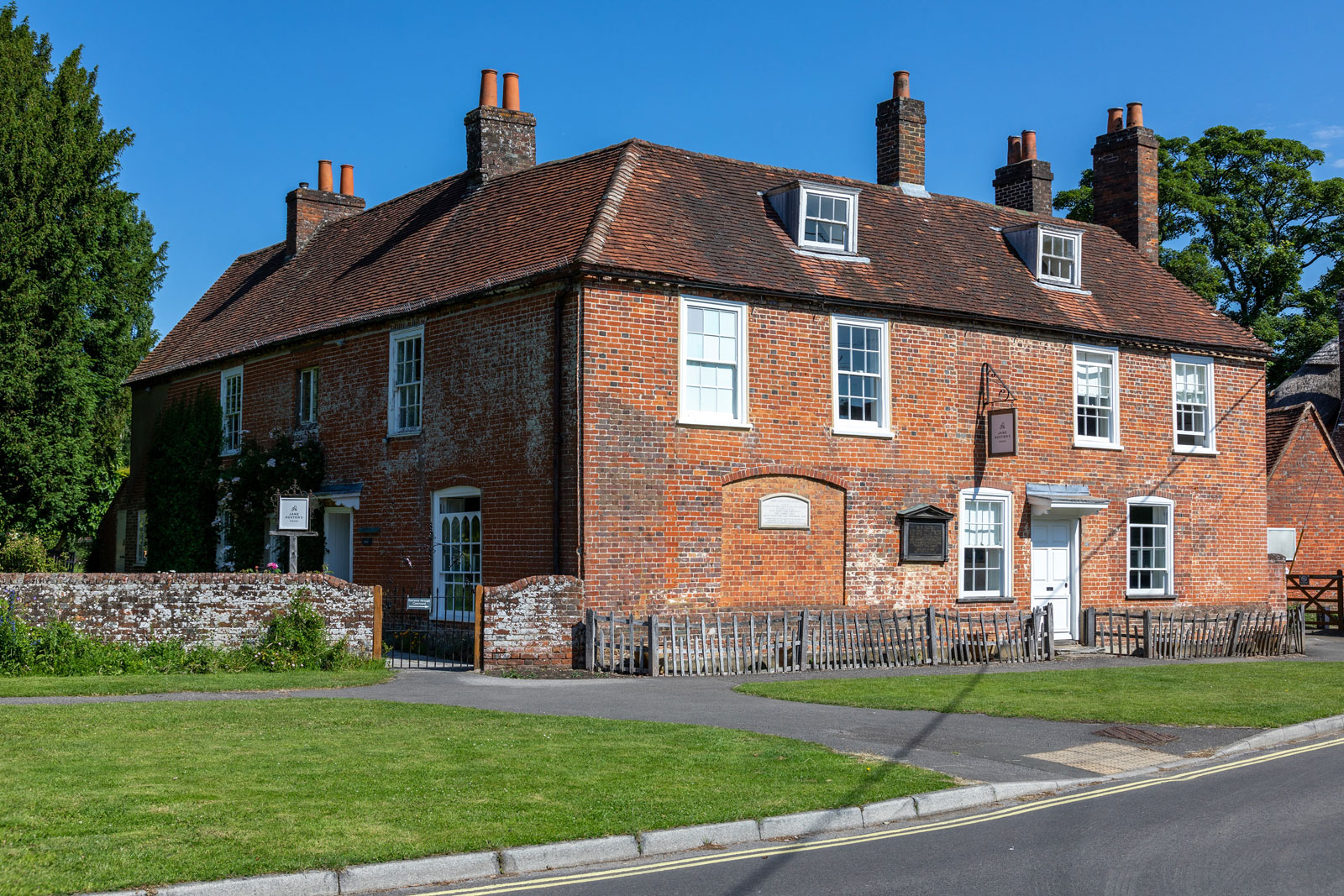 Jane Austen is one of the Georgian period’s most famous writers, and her work has been celebrated on TV and the BigScreen. She wrote about people and places she saw on her walks near Chawton, Hampshire. Jeremy Webb followed in Jane’s footsteps, starting from her home in the town.

I must admit I am not a fan of Miss Austen’s work, but that is because I am not a great reader. I do, however, love History, so when I was asked to walk with some of my sisters along a historic route, my hiking boots were quickly put on.

Chawton is a small village near Alton, and there are several documented routes heading out from here to places of interest, particularly if you read Jane’s work and diaries. 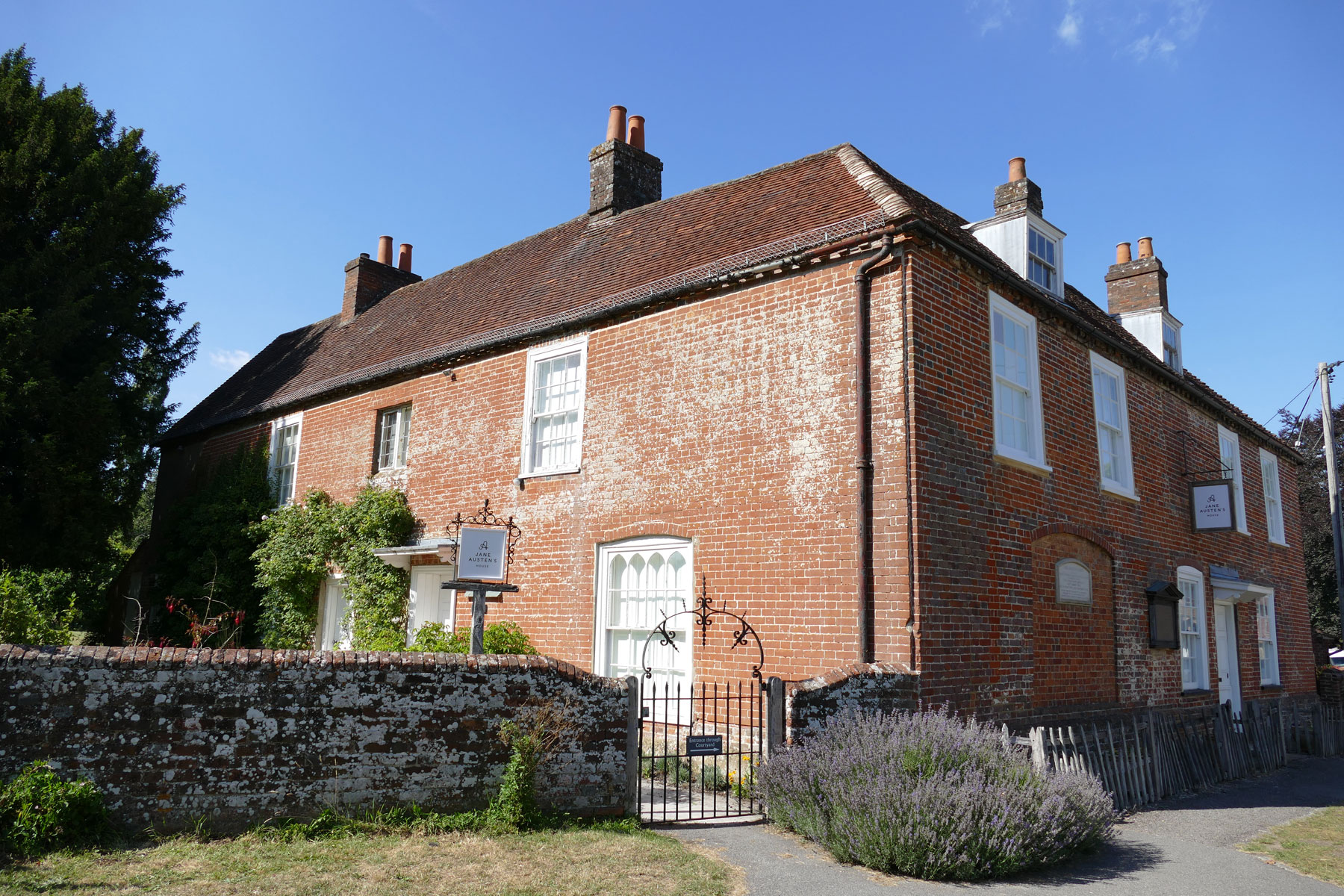 Miss Austen moved to the Cottage in Chawton with her Mother after her Brother offered them a place to live on his Chawton House estate. This was in 1809, and sadly, Jane only lived there for eight years before she died. The family moved to Hampshire from Bath, and they enjoyed the quieter, more relaxed life in the country. Miss Austen loved to walk in the countryside, writing about the people she met and appreciating what we now label wellbeing.

The Walk.
The walk I am describing is just one of many documented in jane’s diaries and leaves from her house in the village. It also ends in the village near the lovely tea shop opposite Austen’s home.

The 4.5-mile circular walk is easy on mostly flat land, with two road crossings. I always recommend people wear suitable footwear and clothing, and although this hike never takes you far from society, you don’t want wet, cold feet or any other parts of your body or without a drink and some food. These are essential to my enjoyment of hiking, and I pack flasks of tea, nibbles and sweets, plus extra clothing.

After leaving the village, you head towards Chawton House across fields of lush green grass, often occupied by Sheep. Depending on the weather, the conditions can be decidedly boggy as it was on this particular hike. You can pay to look around Chawton House and gardens, and on the day I was walking, there were plenty of people inside the house gates.

From Chawton House, we walked through more grass fields adorned with wood copses until we reached a bridleway with a small plaque saying “Writers Way” and a small picture of Jane Austen. We were directed up a hill which progressively got steeper and muddier.

The track meandered as it ascended the fields adjacent to it, and we found the walking heavy going. This was the slowest section on the otherwise easy route, and it allows you to take in the beautiful scenery and wildlife. We reached the apex and then descended a wider path into Upper Farringdon.

The track comes out at a large red brick building called Massey’s Folly, and a church mentioned a lot in Miss Austen’s diaries, All Saints. Unfortunately, the Church was closed, so we continued through the village until we reached Lower Farringdon and the main road, which is the busy A32. You have to cross this road so take care as even though the speed limit is 30 mph, it is busy. 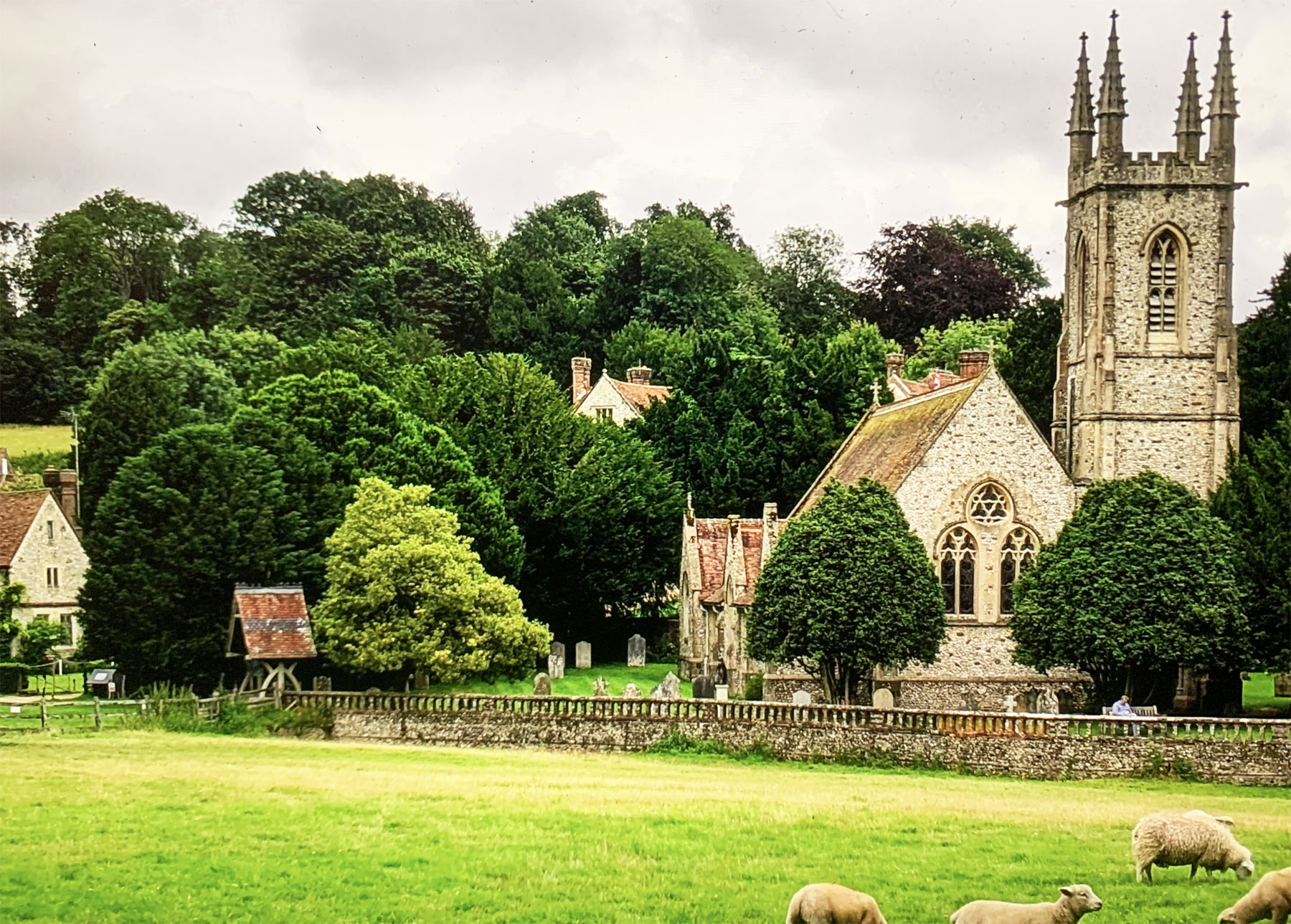 After crossing the A32, you take a narrow footpath up a short incline where you come across the disused Railway line and a derelict bridge. An ideal place to stop and drink and have some food. The old Railway line, which ran from Fareham to Alton, makes a lovely flat trail, but conditions under the foot can range from boggy to solid, so again, appropriate footwear is the answer. Both sides of the route are lined with trees and fields where deer and foxes and plenty of birds can be seen.

The hike ends when you divert from the old railway line and cross a short section of a field, then travel back over the A32. You enter Chawton and walk back to the Tea room opposite Jane Austen’s house. They serve a delightful cream tea here, so stay a while and take in the history of the village.

I hope I have encouraged you to do some hiking and spend a few hours walking through history in Hampshire.

The opening photo used in this article is courtesy of Luke Shears.

This article was written by Jeremy Webb.

Which Container Keeps a Drink Hottest for the Longest Time?